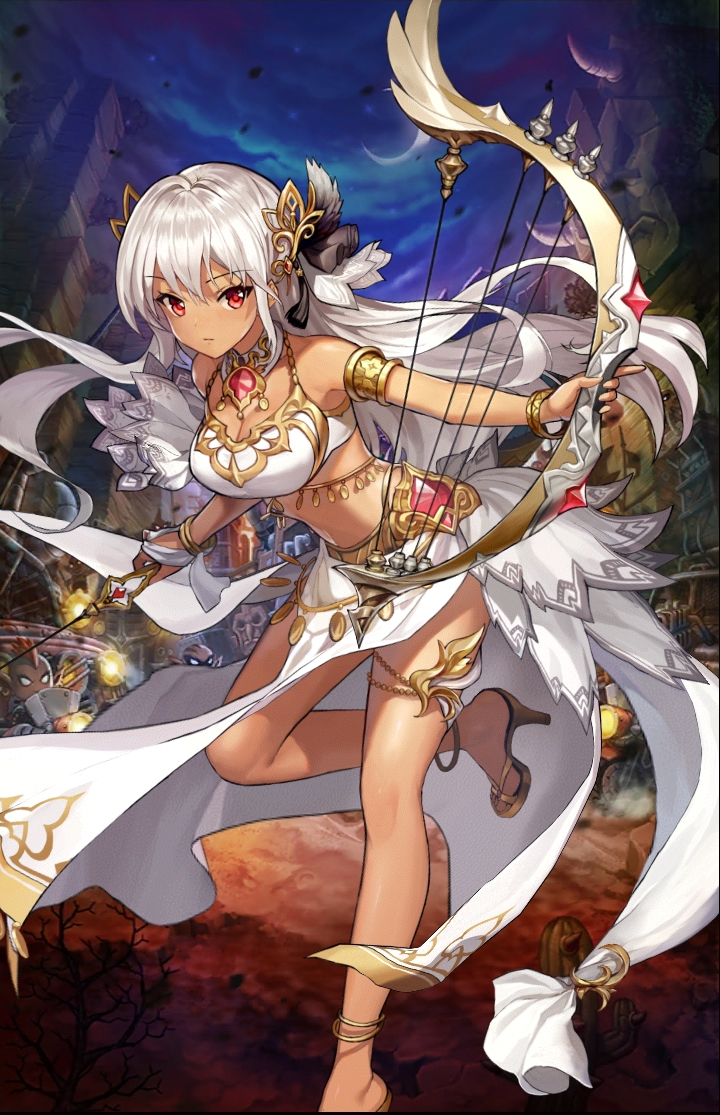 Tinia is a dancer/assassin active in Desert of Madness.

She works as a dancer by day but moonlights as one of the most effective assassins with her favorite bow. Her white hair and dress makes her shine as a dancer but also allows her to hide in moonlight when waiting for her target. She tries to keep her job secret from her mother.

She has one rule - she'll only kill bad people. However, it doesn't take a lot of effort to convince her someone is bad due to her inherent naiveness. One time, she was convinced her target is evil because he uses twice as much toilet paper. In her own mind, she is a righteous superhero who punishes bad guys.

Tinia's parents separated when she was very young. Tinia went with her mother, and her sister went with her human father. Tinia misses them, but her mother never allows her to talk about them. She can't even remember what her sister looks like, but she often daydreams about having a miraculous reunion with her sister.