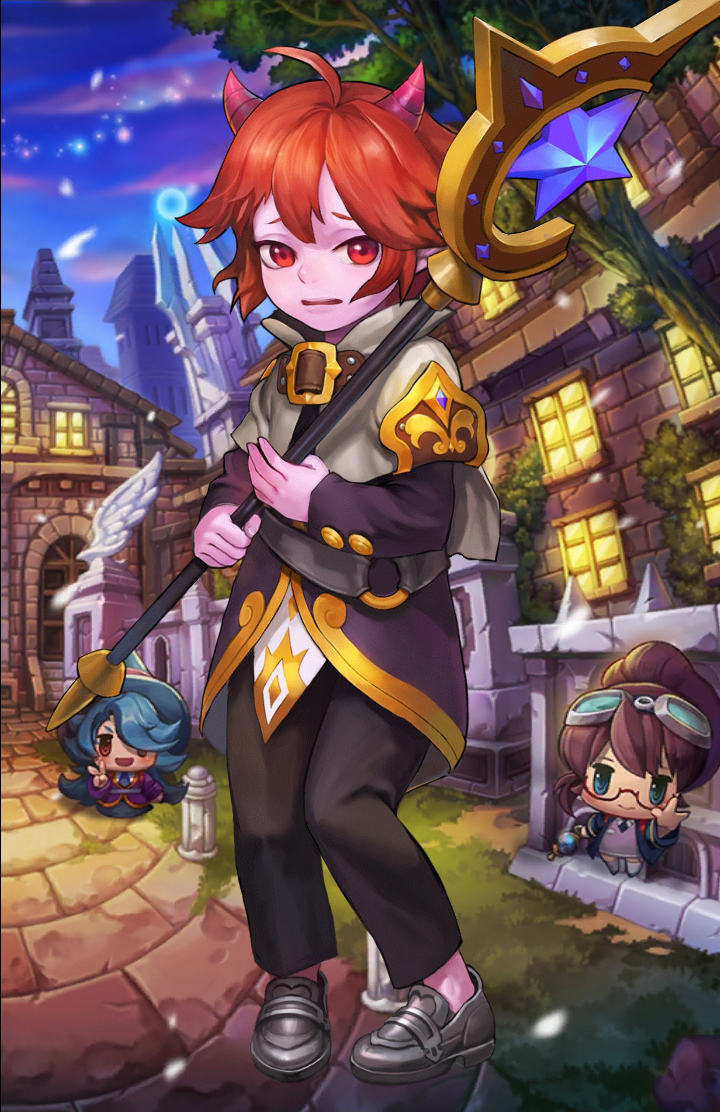 Favi is a demon attending the magic school as an exchange student. The queen of devildom sent Favi and his twin sister Lavi as a part of a talent exchange program between the human world and devildom, hoping they would learn the delicate ways of human wizardry.

Ever since he can remember, Favi had to look after his sister who constantly got into brawls. Naturally, he became an expert at healing spells.

He lost the ability to speak after a certain incident in his childhood. He can still telepathically communicate with his sister but has a hard time interacting with anyone else. Unlike his sister, Favi is timid and easily scared.