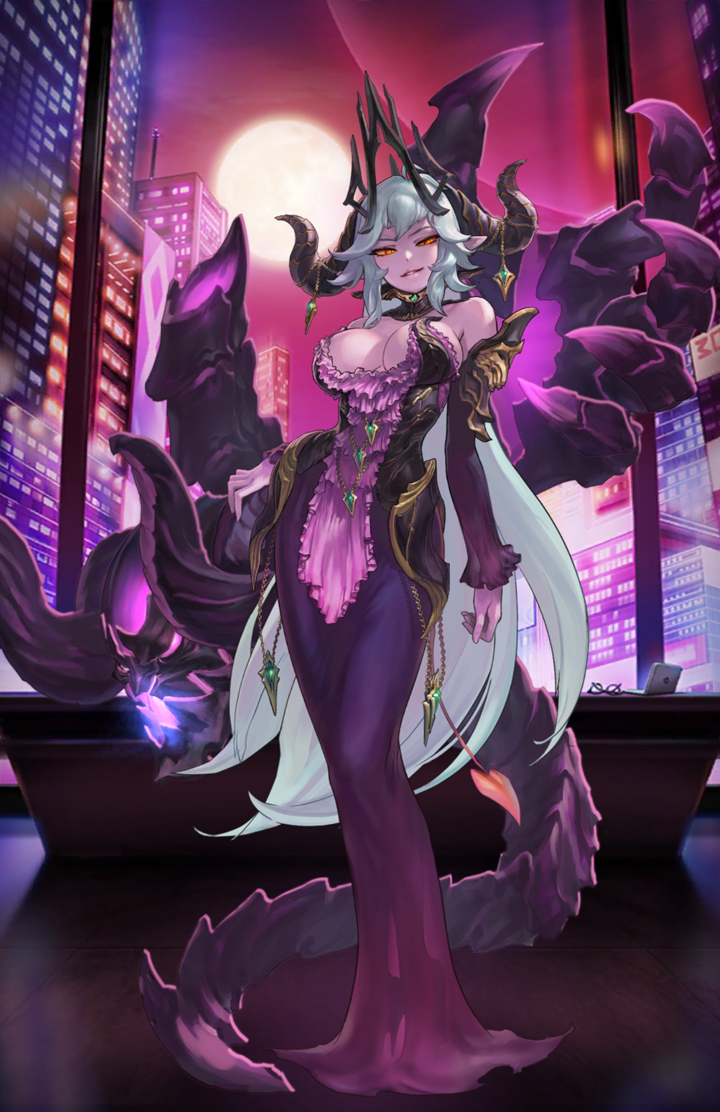 Lilith is the Chief Leader of Demon World.

She is a charismatic and wise ruler of the Demon World. A long time ago, when she adventured with the previous generation of warriors Kaden and Erina, her cold and calm tendencies made her an excellent comrade for the party. After finishing their adventure, she united the chaotic nation and made herself Queen with her stern and realistic features that make her a perfect leader.

Lilith is assisted by the Old Swordsman Erina. They met each other while Lilith was still a young child and Erina was still an active Warrior. The two of them have been taking care of each other for over hundreds of years as friends and annoying family. It's obvious why Lilith worries about Erina since she has lived past the life expectancy of an average human, but Erina doesn't pay no mind to Lilith's nagging and usually wanders off somewhere. Lilith's desk is rumored to be always neat and free of any objects, because she would end up tossing all them at Erina and breaking everything. However, when Erina is in a dire situation, Lilith would always show up to help. Albeit she nags and clicks her tongue when she arrives.

She is famous for taking care of herself. She maintains a strict diet and exercise regimen and is the founder of the famous "Morning Routine for the Success" in Demon World, consisting of waking up early morning, jogging, meditation, and cold showers. She abstains from eating sweets, so when she does, she only allows the best. Lilith is especially strict on the quality of cookies. If there's one thing everyone isn't aware of about perfect Lilith, it's that she is in a constant battle against her less-perfect self. When she can't win against her sloth every few decades, she uses low blood pressure as an excuse to get out of working out.