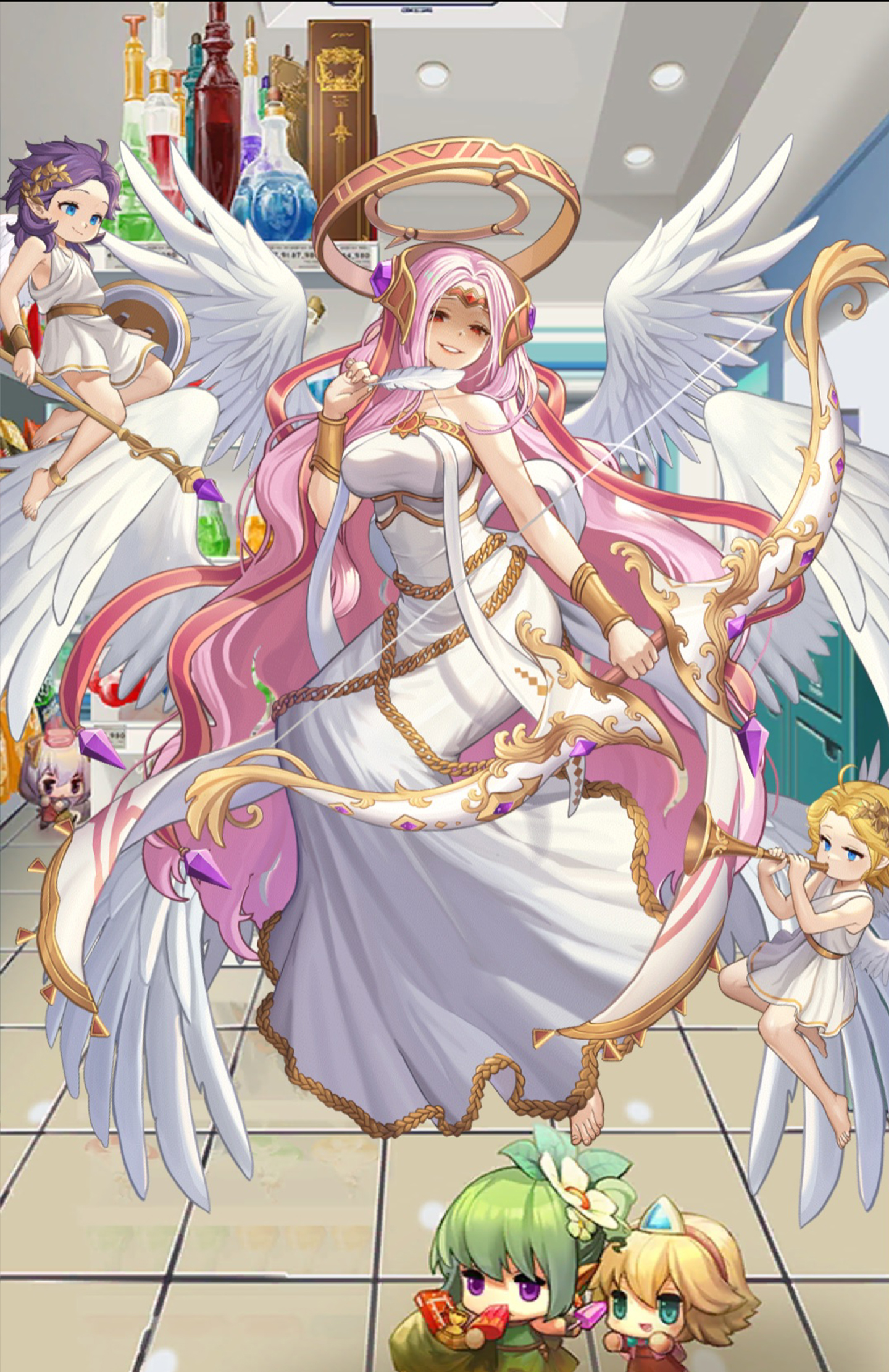 Gabriel is a former archangel running a supermarket.

After the world tree burnt down, she lost her powers and now runs a convenience store in the human world. Although her days as the archangel are gone, she still lives a glamorous life exploiting her part-time workers. She claims that her ultimate mission is to "maintain world peace and to spread good deeds all around the world," so she has earned herself the title of "Madam Archangel" and "Honest Role Model of Business Person."

However, hidden behind the angelic face is a very crooked and oppressive boss. She doesn't guarantee minimum wage and refuses to write an employment agreement, and also sells the store's expired food to part-time workers. Surprisingly, she still has her divine power even when she oppresses her part-time worker harder than the devil. Gabriel's blessing raises one's morale and strength, and she abuses this "blessing" to make her workers work without a break.

Gabriel's longest employed worker is Angie the angel who used to serve Plitvice. Gabriel enticed diligent Angie, who is already busy bringing back sealed Plitvice and paying back debt as the Secretary of the Heaven Treasury, to be her part-time worker. Then she gradually increased Angie's working hours longer than the time she spends in the Heaven Treasury. Whenever Angie tries to get away from the store, Gabriel would provoke her, saying how "she is disappointed that her loyalty to Plitvice is frivolous.