Nari likes "sweet and savory" butterscotch candy and prefers "hot" tea rather than cold drinks that make her tummy cold. 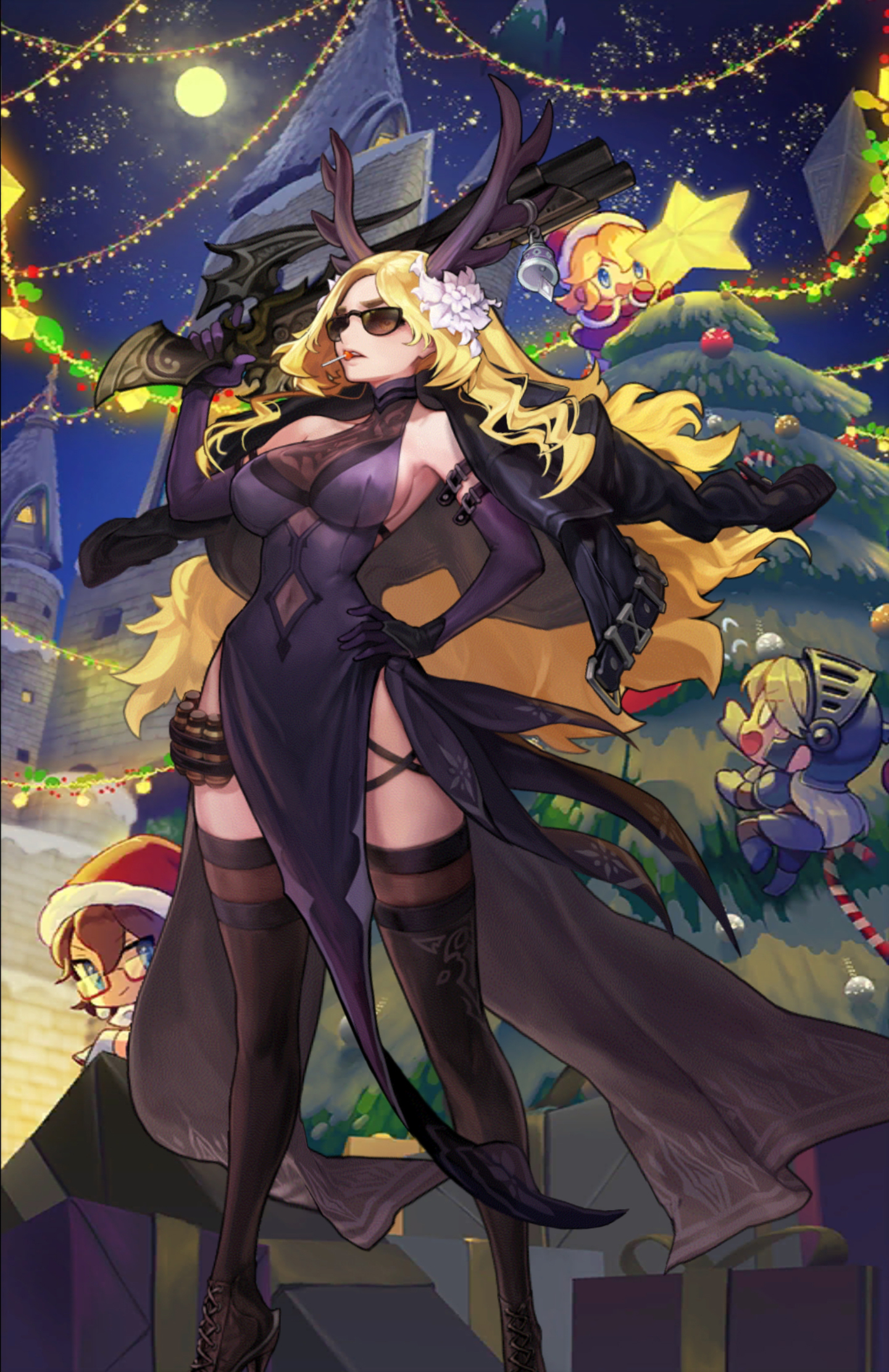 Rue is Santa's helper aiding Santa to deliver gifts all around the world on Christmas.

She's a weredeer, a deer human existed since ancient times. She is by herself after poachers slaughtered her family when she was young. She possesses wild instinct and exceptional physical prowess, and also a special ability sealed under her name given by her family. Usually she uses her alias and hides her real name. Santa is the only one knowing her real name as of now.

She's a bit gloomy and cynical. And sometimes cold and indifferent. However, when it comes to fixing Santa's problem, she's fierce and passionate. She would burn down the entire house to fright the mouse. She is skillful in using explosives and huge weaponry, and also very adept in steering giant gears such as dump trucks and aircrafts with her "instinctive knack." There's even a famous anecdote. The day Santa bought the gift-delivery aircraft because the sleigh was too cold, Rue lifted off the aircraft with no problem. Confounded Santa asked, "When did you get a pilot's license?" and Rue answered, "I didn't." Santa slapped on Rue's back, telling her to go get one, so Rue did as Santa said: the very next day she got Tetis special pilot's license on her first try.

Rue used to be a weak cry baby at her young age. The cold weather made her nose red, and the kids would tease her, how she is sniffing and crying again. Then she would actually burst into tears. Only a sweet candy in her mouth could lighten her day. Even now when she's giving her loyalty to Santa under the "Real Name Contract," there's always a piece of candy in her mouth.