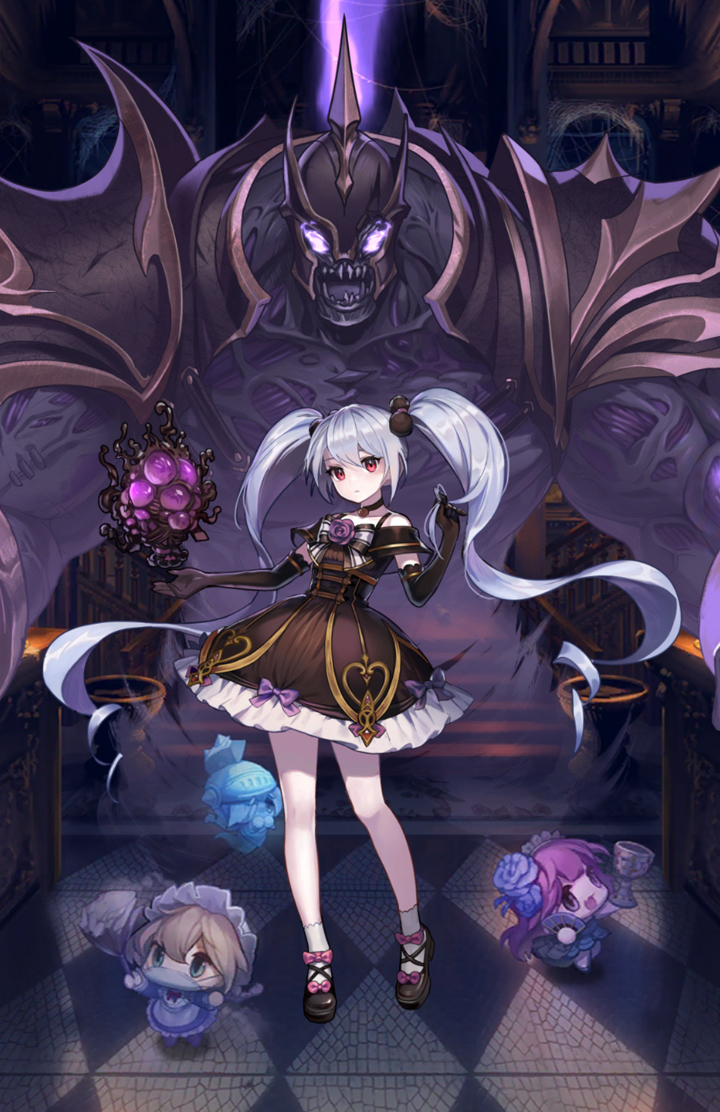 Noxia is a necromancer girl who can summon spirits and create monsters from dead body parts.

She sees and communicates with dead souls with her innate power. She can summon monsters formed by 'fragments' she gathered all around the world. Noxia befriends everything that's lifeless and assigns them roles as if playing make-believe. Among them, a huge friend-a protective big daddy-always stands by Noxia.

In her childhood before she realized that her power was 'power', Noxia, who couldn't distinguish the living and the dead, befriended the latter. When other children played with dolls, Noxia 'created' dolls to play with. Adults were terrified to see Noxia create monsters from dead animal bodies and argued to banish Noxia, and even her parents turned their back against her. Even before turning 10 years old, Noxia left her hometown and started traveling around the world. Noxia feels most comfortable in a tomb or graveyard.

Noxia never learned how to express or feel emotions like normal people. Living among the dead made her facial expression and her voice aloof. Since almost every living person feared or abhorred her while the dead greeted her, it should be obvious for her to side with the dead. Although dealing with living people is always hard and unpleasant, she still admires the extravagant culture and sweet snacks created by them. Especially, the chocolate she saw in a store display in her childhood is truly the magnum opus to Noxia.