This hero has not yet been released in the Global version of the game. 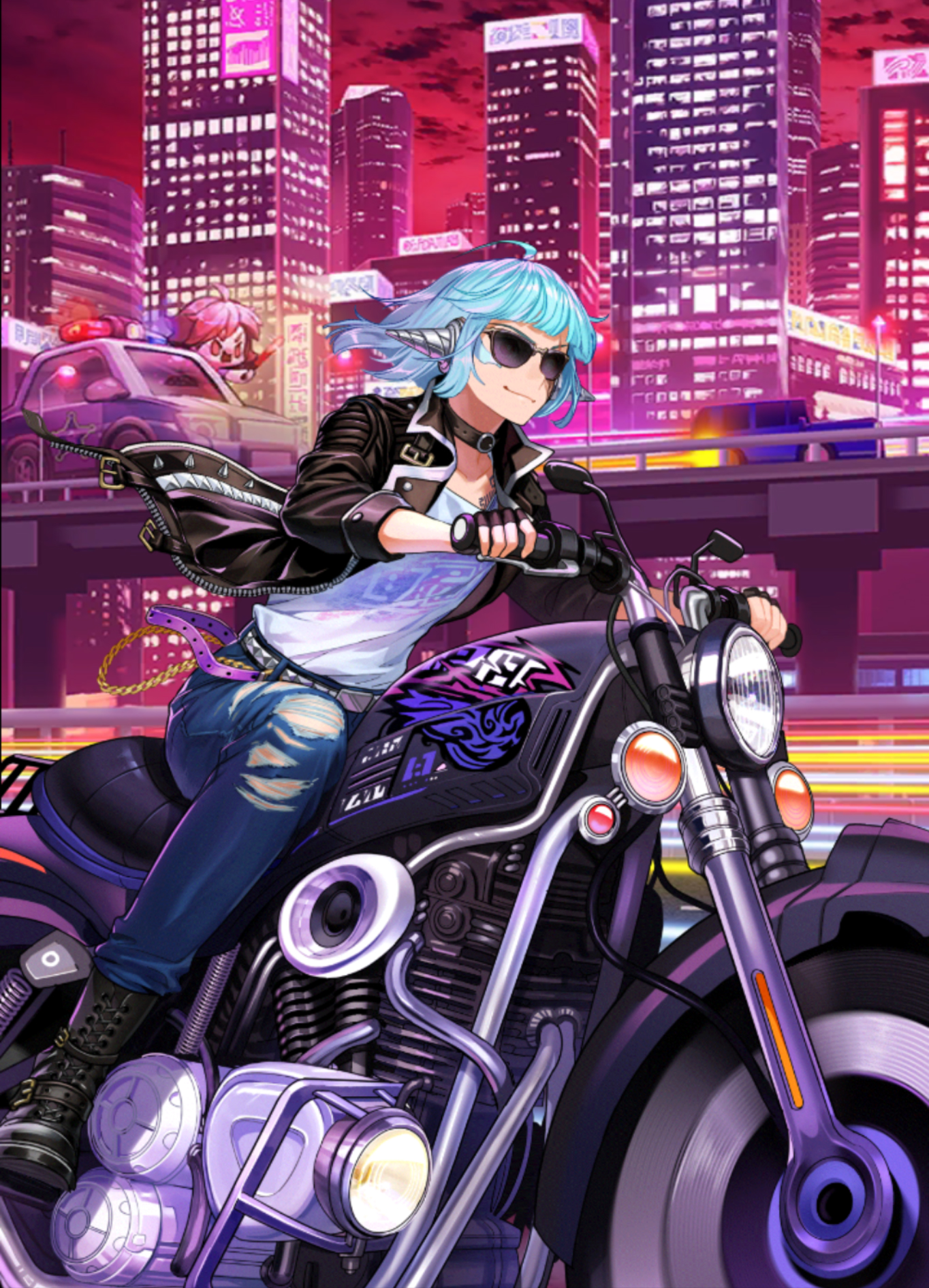 Mk.2 Is an ex.Heavenhold combat android. She's gained her freedom and now has no master.

Mk.2 leads the infamous android crime gang, Turing. She gathered abandoned androids in Demon World and formed the gang. She committed numerous crimes and hurt many for the excuse of 'just following orders' to be valid. However, she was freed from her previous master manipulating her through control codes, and became her own self. It seems she left her life of crime behind after being freed. Mk.2 got rid of her stuffy suit and neat hair. She now looks happier and freer than ever, as she rides her bike down the night streets with her gang.

A long time ago, Mk.2 was a combat android of Heaven h old. She opposed the engineers' unethical attitude of indiscriminately disposing of androids. Heaven holds technology at the time was so advanced that it was more efficient to build a new android instead of fixing a broken one. Mk.2 awakened the disposed androids to incite a rebellion. but it was subdued through an intense battle. She barely escaped Heavenhold alone, and took refuge in Demon World. After this incident, the engineers of Heavenhold added another rule to the Laws of Androids which frees androids to ignore certain orders as their will in order to improve the android disposal process.

After she arrived in Demon World. Mk.2 briefly worked as an aid for the police department's detective Odile. Odile's colleagues simply considered Mk.2 as a tool to be used in danger situations. They even once lured Mk.2 upto the roof of a high building for an 'important mission' and pushed her off as a durability test. From this Incident Mk.2 had to replace 31 parts in her body. Odile advised her claiming "the responsibility falls to one being fooled for such an obvious trick" to teach her a lesson. but Mk.2 harbored deep resentment from Odile's advice instead. Even as a freed android, Mk.2 still holds deep hatred towards Odile.