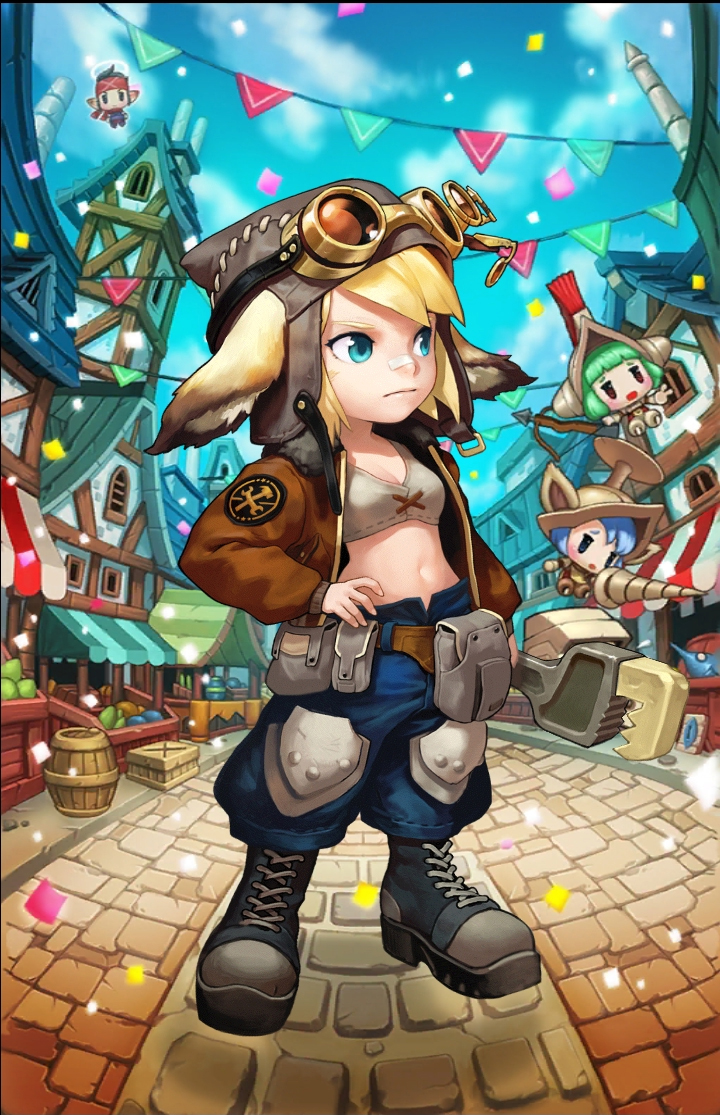 Marianne is a famed exoskeleton engineer in Teatan kingdom. Teatans are known for their wits and adorable appearances - with cute animal ears and child-like height. Marianne isn't exactly a fan of her size. But instead of sulking over it, she builds weapons bigger than anyone.

She is a one-in-a-billion genius and she knows it. She is a perfectionist and a workaholic. It's not unusual for her to be stuck in her workshop for days without responding to anyone.

She is arrogant, but knows when to admire others. What she'll never do is admit someone is smarter than her.