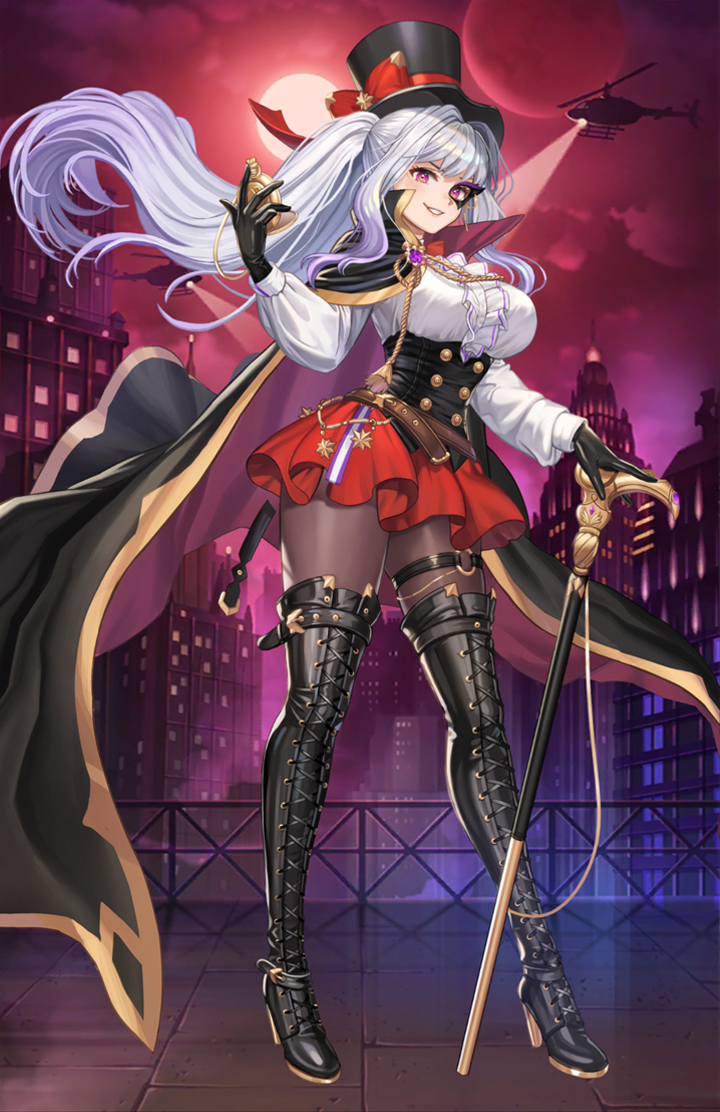 Lucy is a world-renowned criminal who puts fear into even the wealthiest man with the most powerful security systems.

She is a master of disguise, escape, misdirection and magic. If you thought you caught a glimpse of her, she'll vanish. The moment you think she's in your grasp, you'll be empty-handed. Lucy is a genius in any knowledge or skills related to crimes. She is naturally talented in magic, gymnastics, and athletics. She also has doctorates in Medicine, Security, Psychology, and Alchemy. Each degree she earned has a different name written on them, though. She's known as the princess of crime among criminals, and lots of them uses her name out of admiration.

She only commits crimes for the fun and thrill. Her crimes' patterns and their severity fluctuate depending on her mood. If you can see her and she's almost within your grasp, that means she wants to play. When she's not in the mood, you would pass by without even noticing her or her criminal act. Lucy's favorite part of committing a crime is the thrill, excitement, and chaos happening during the chase. Apparently, a just hero tenaciously chasing after her gives her the most fun. Using her fantastic wordplay to cloud the hero's judgment and playing mind games is also an added bonus. Of course, just because she had fun, that doesn't mean she'll return the stolen items or money.

There's very little known about Lucy. No one knows her exact age, her past, even whether the name 'Lucy is her real name. Some people suggest Lucy became a trickster because of her troubled youth or the corruption in society, but she merely laughs at all these analyses. 'It's a grave mistake to think something other than me created my identity,' she claims. She's just having fun!

Despite being a criminal for her enjoyment, Lucy's not great at making jokes. She wants to deliver a fitting joke during the act but always ends up delivering the punch line in the wrong way. Even if she comes up with something clever, her delivery usually ruins it. Lucys feelings get very hurt when the tension dies down from her bad delivery of jokes.