You, the Guardian took the adventure to the Rah Empire then never came back. It made the little princess anxious. She remembered leaving cheerful message to you when you called through the Rah Empire's payphone. You seemed fine to her back then. Whatever happened to you worried the princess. As she was very sure that the Emperor and the people of Rah Empire did some horrible stuff to you, Aisha arrived at the Heavenhold announcing the alliance between Rah Empire and Kanterbury Kingdom. Aisha and Shapira replied that they thought the Guardian already returned to Heavenhold.

The little princess couldn't possibly understand this sudden farewell. No one taught her that you have to accept the things you cannot understand. So the princess just waited and waited. Her knight always came back and greeted her first. There's no way her knight would have forgotten the duties they have promised to fulfill. The mischievous kids in Heavenhold bullied the princess telling her that 'Your knight ran away,' or 'Your sister and the Knight ran away cuz they hate you.' She drove those kids away, with such great vigor, and then got back to the Inn to shed the tears. The sound of her sorrow made even Loraine sad. Rumors spread among the champions. Some said you have died. Some said you have run away. Some said you were still fulfilling the duty as the Guardian. The princess trusted no one. Only the princess was confident that the astray Guardian would come back. The moment her long and the most strong conviction was shattered, the princess couldn't possibly handle the pain.

Princess' tears for the missing person slowly turned into tears of hatred over the years. There were so many tragedies that could have been prevented if you was there. Heavenhold now became the last line of defense for humanity. Friends struck down leaving only names and graves, and the enemies never gave chance to mourn their death. Princess Is now a soldier protecting the remaining humans and also the leader of the Resistance to bring back the forsaken world. Through the training of Knight Captain Eva, the little princess grew up to be a resolute leader. Yet how tragic it is that her innocent smile is now replaced with such strictness and a little bit of fatigue.

Future Princess is strong against... 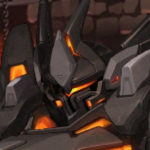 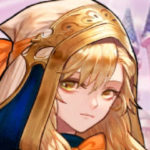 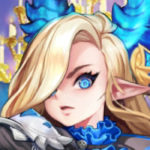 Future Princess is weak against... 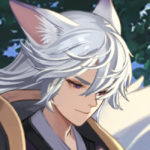 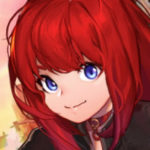 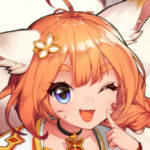 Your elemental advantage makes it very hard to lose, but you need to minimize the amount of boxes he can get. Punish him with your weapon skill while getting boxes before he can.

He will try to kite you and bait your Weapon Skill, and you need to land it in order to chain and win, otherwise he will win trades. Obstacles tend to make this a bit harder since he can maneuver around them to get away. Avoid his Weapon Skill if you can while chasing and chipping him down, your speed boost from your special ability will help you stick to him.

It's difficult to land your weapon skill on her due to her high movement speed, especially on open maps with less obstacles. Try to save your weapon skill and if she's running around trying to bait it, collect boxes to build an advantage.

Nari's elemental advantage and ability to reduce your Def makes it very hard to win since you'll have trouble sticking to her and winning trades. You need to land your Weapon Skill and chain to have any hope of killing her, otherwise consider committing to picking up boxes while your taunt is active and Def is buffed in hopes of giving the rest of your team an advantage.

Heal
This build focuses on two things, chaining and survivability. Future Princess is known for her ability to chain bosses and opponents in Arena quickly, effectively stunning a large area due to the radius of her weapon skill. Weapon Skill Regen Speed makes it so she can do this as quickly and frequently as possible, stacking with her special ability.

Heal
While not recommended, if you plan to use Future Princess without leading her, then you don't want the Weapon Skill Regen Speed or Skill Damage since her chain doesn't do damage and she won't be using her weapon skill. Not leading her also means you're wasting the Weapon Skill Regen Speed from her special ability. That being said, she can be useful without leading her as a healer/off tank if your team is lacking in either department.

It's important to note, the Heal stat does not affect Future Princess' ability to heal. It's also worth noting that her chain ability does do a tiny hit on one target, so Skill Damage may not entirely be useless - but the hit is so negligible that it's still recommended to prioritize Weapon Skill Regen Speed over it when rolling equipment, just in case you decide to lead her once in a while.

LiberatorHer exclusive weapon is her best option, all things considered. Good source of Weapon Skill Regen Speed which works well with her special ability, on top of a strong weapon skill and the exclusive passive that gives her the ability to heal. In PvE and Colosseum there is no reason to use anything else.

AmarokA dark staff compatible with her chain ability that could potentially be used to counter basic enemies, or if you don't have Liberator. Its Weapon Skill Regen Speed works well with her special ability and its weapon skill can be used more frequently than Liberator. The weapon skill fires in cardinal directions but can be used while running, has a long range, and chains after 2 hits.

Witch HeartA water staff compatible with her chain ability, best used with Garam because of his water attack party buff. Its Weapon Skill Regen Speed works well with her special ability to buff its weapon skill, Blizzard, allowing her to achieve a shorter cooldown than Coco on top of being able to land it easier thanks to her increased movement speed. Blizzard has a shorter cooldown than Liberator's weapon skill and casts much quicker.

JusticeA light staff that can be used if you don't have Liberator for the matching element bonus. Has a short weapon skill cooldown which can be brought even lower with her special ability and equipment to make it spammable, but does not work with her chain ability and lacks the healing and damage boost from Liberator's exclusive passive.

Captain’s Mirror ShieldHas high base Def and the possibility of getting good amounts of all the stats that work well on her such as Weapon Skill Regen Speed, Skill Damage, Atk, Def, and HP. It can be farmed in Mirror Rift, so there's no luck involved in getting it to MLB, but it requires a lot of Option Change Stones and luck to roll good stats due to the large number of sub options.

Advance ShieldSimilar to Captain's Mirror Shield, but has higher defensive stats at the cost of lower offensive stats. You can buy this in the Weapons tab of the shop, but it can be very expensive and arguably not worth it to MLB.

Minotaur’s ShieldBest tank shield in the game, and you can MLB it with legend hammers, but you lose out on damage and Weapon Skill Regen Speed which work well on her.

Mirror ShieldGreat starter option that is easy to MLB with pretty good defensive stats and a lot of Weapon Skill Regen Speed.

Elphaba’s Smile ShieldThis shield would purely be used for its insanely high Weapon Skill Regen Speed, which can help her chain before other Future Princess leads in Colosseum. The trade off is that its defensive stats are quite low compared to any of the above shields.

Mirror Earring of FaithBest in slot, has good amounts of all the stats that work well on her such as Weapon Skill Regen Speed, Skill Damage, Atk, Def, and HP. It can be farmed in Mirror Rift, so there's no luck involved in getting it to MLB, but it requires a lot of Option Change Stones and luck to roll good stats due to the large number of sub options.

Minotaur’s NecklaceA more offensive option, has higher potential offensive stats but at the cost of some Weapon Skill Regen Speed and a significant amount of defensive stats. Difficult to MLB, and rolling stats with option stones can result in the wrong element.

Ring of FortressPurely defensive option that is easy to MLB.

Gold Pocket WatchA great option for her that gives a good balance of offensive and defensive stats, including the Weapon Skill Regen Speed which she severely needs, and is easy to MLB.

2x DefIncreases her toughness to help her withstand the damage she will take, since she will be taunting enemies in PvE