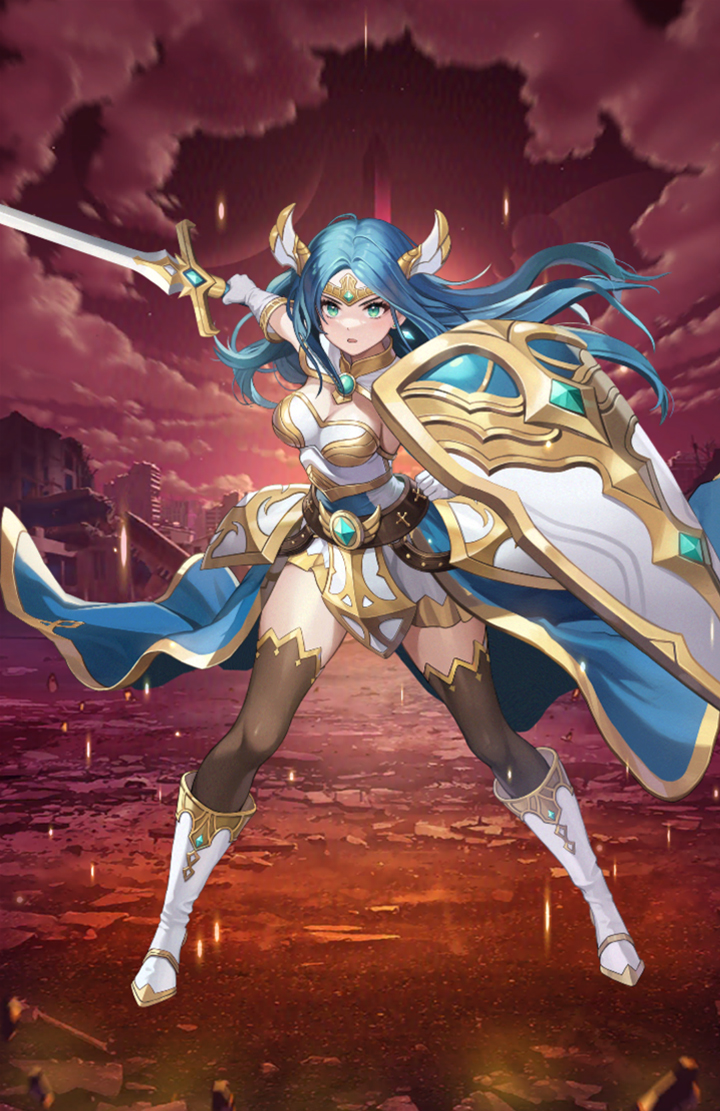 She's usually in the form of an elderly woman, but she can temporarily awaken back into her younger self. Erina's still an experienced and powerful warrior in her older form as well, but she will gather her strengths in a pinch to regain and use her abilities from her glory days. However, returning back to her younger form requires a large amount of energy. When she reverts back, her memory and strengths become faint, and she needs a long recovery period afterwards.

Erina is a living legend, whose name would show up every so often in history books for almost 1500 years. Numerous poems recite her victories, but the most famous is how she defeated all four demon gods and sealed them within herself. The demon gods' mana she held onto changed her body to surpass average physical human capabilities, and allowed her to continue adventuring for an impossibly long period. However, even the legendary hero couldn't withstand time, and turned into an old woman after 1500 years passed. Now she is an elderly woman, who's forgetful and sometimes goes in a daze.

Erina's passion and spirit of Hero faded over time and now she thinks and acts in a more practical, detached manner. She realized centuries of time will take away her loved ones, comrades, and even her cause. Therefore, she follows rules instead of kindness and focuses on adventuring alone instead of with comrades. Lilith, her longtime companion who's almost like family, is the exception to this rule. Lilith might not agree with this, since Erina's silent, wilful attitude drives her crazy almost every day.