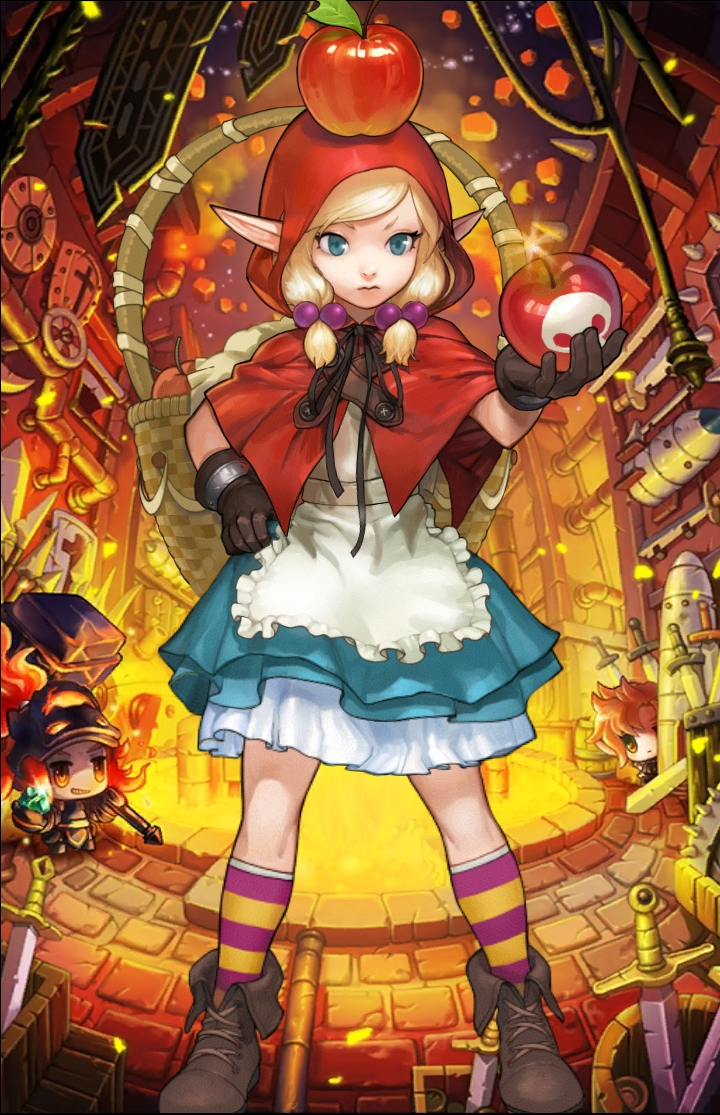 Elvira is a rising star in the notorious crime syndicate, Reservoir Snakes.

Reservoir Snakes was founded by Elvira's grandma, who survived a traumatic wolf attack with her granddaughter. Traumatized by the incident, the grandma recruited private contractors armed with illegal weapons to protect her family. In such process, the grandma discovered her talent as a mafia boss and quickly evolved the small army into the biggest crime syndicate in Kanterbury. Elvira, longing for grandma's affection, became the member of the syndicate and hunts down anyone that came in its way.

The syndicate is ruthless to failures. Any member who fails is disavowed and no one knows what happens to them. Naturally, Elvira's always bit on the edge. Her basket is no longer filled with delicious foods for her grandma. Instead, deadly explosives and firearms fill the void.