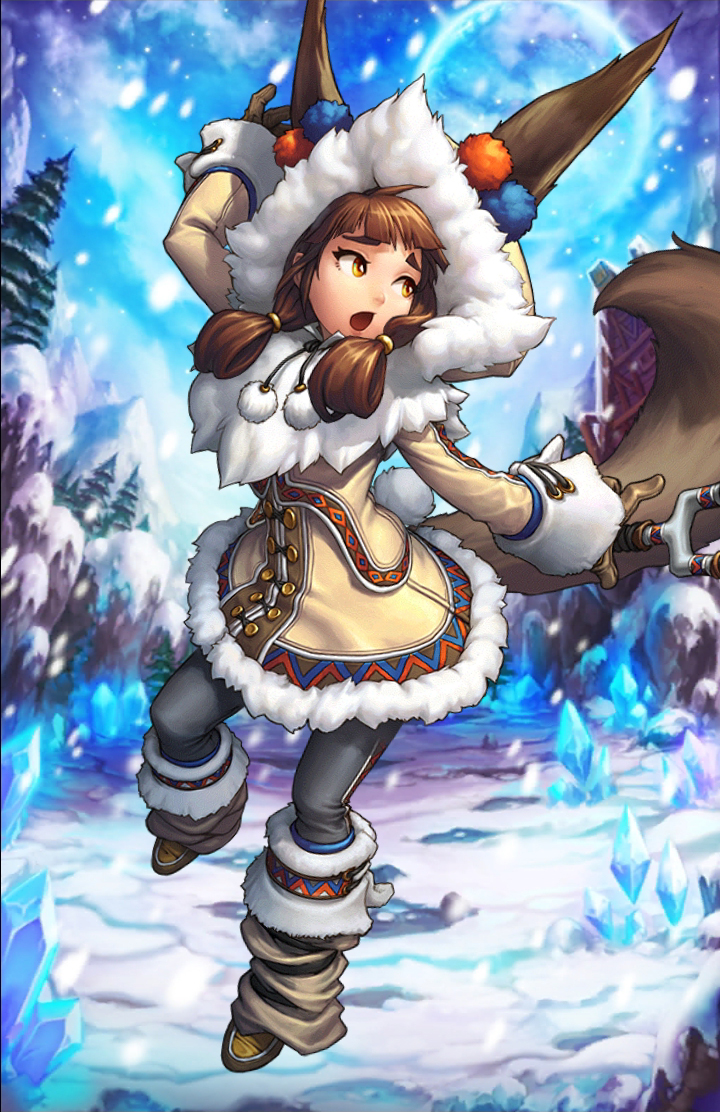 Coco is an innuit girl from Mt. Shivering.

Inheriting the cursed bloodline of the ice witch, she is gifted with powerful magic. When she realized her power, she decided to live by herself away from the people. It was to protect herself from people and people from herself. Her only friend is her loyal sleigh dog.

She may seem cold and quiet, but holds deep passion and love for people. She loves watching rain on sea, as dances of running water lets her forget about her power for a moment.