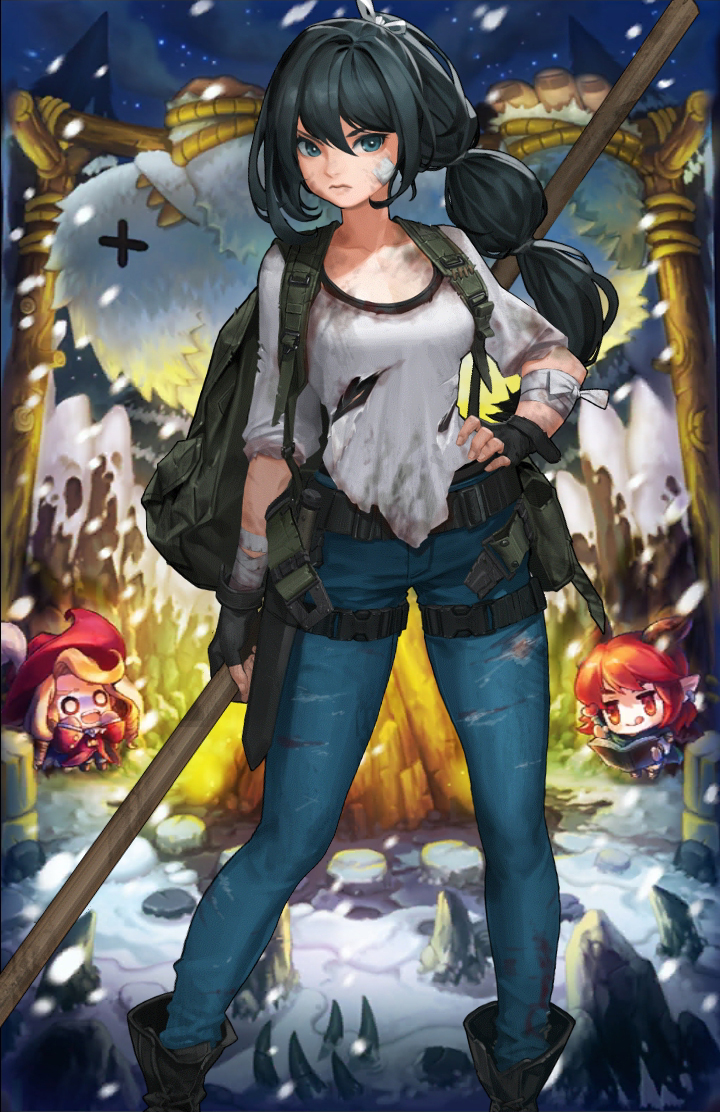 Catherine is a dimensional travel survivor.

Originally from Canada, she was hit by a truck one day and was thrown into the world of Kanterbury. She was initially excited in the hopes of becoming a hero, like many other dimensional travelers in comics do. But all she ever faced was threats after threats - monsters, dungeons, and humans. She miraculously survived, but has grown paranoid to, well, everything.

She's proud to say her favourite TV show "Surviving wilderness" really saved her life in the new world. She misses the culture of her homeland a lot. She often mutters she would die for a greasy piece of cheeseburger and a coke.