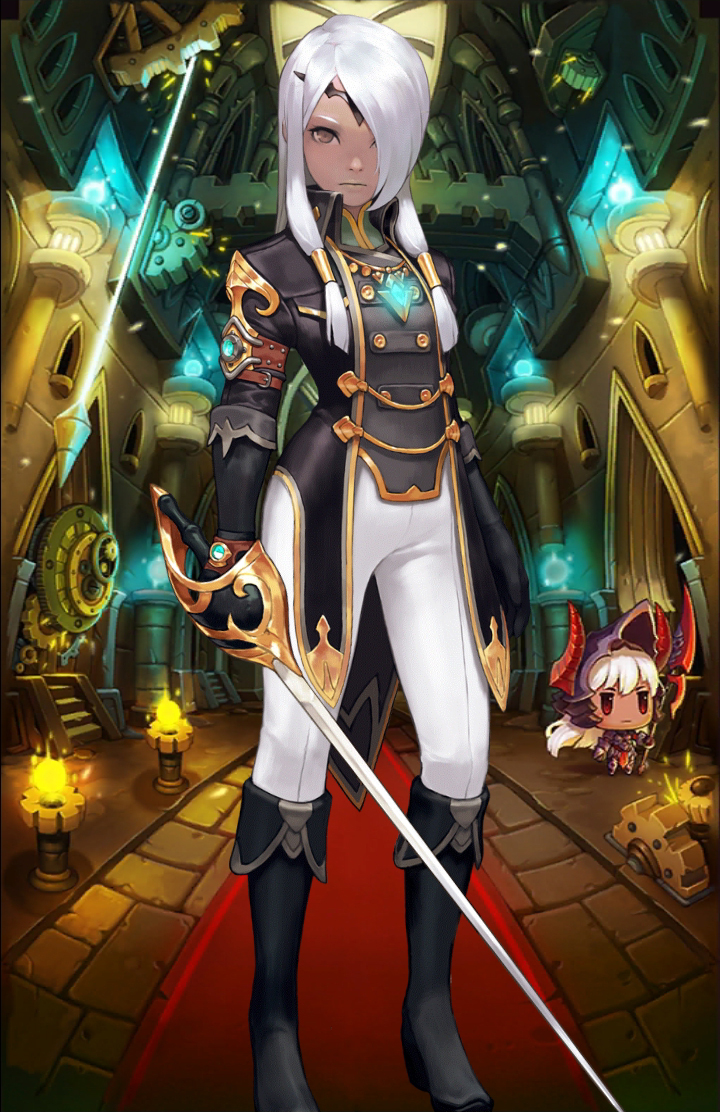 Aisha is a 7th princess of Rah Empire, the most powerful rival to Kanterbury Kingdom.

She is considered to have the best chance at the throne among her siblings. Many questioned the emperor's favoritism towards his seventh daughter, but she ended the controversy by displaying unmatched political finesse and intelligence. She excelled at leadership training and was well versed in the empire's situation inside out. Most of all, she had a very clear vision of the empire's future.

She is relatively small, but has a very strong and charismatic voice despite her size. It may sound cold, but it has power to attract the mass.