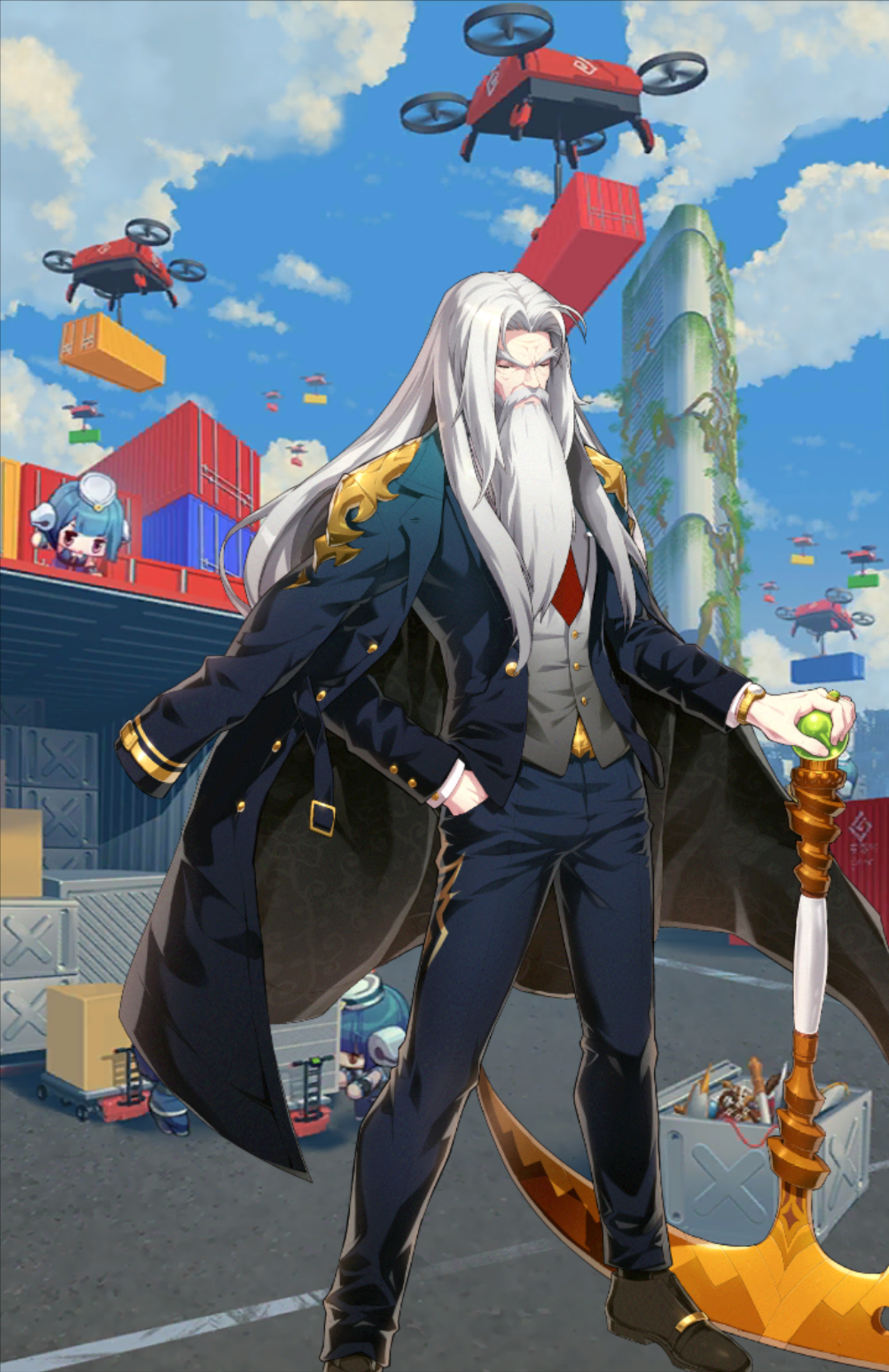 Kamael is the God of Harvest supervising the fauna and flora through the powers of the earth and life itself.

Kamael is the founder of the mega corporation, Kamazon. Kamazon is an online shopping mall that receives orders and ships products using drones. It was founded to achieve Kamael's goal to obtain the world's greatest financial power. His business tactics are severely aggressive. He is infamous in the business for taking down his competitors and removing the thinking circuit of 'An android can ignore an order it does not like' on the ones he hired. Kamael's been buying the ruins of the World Tree with the money he earned from Kamazon. It seemed Kamael searched for clues to restore the World Tree himself, but for some reason he completely halted all investigations. He built and opened a part of the ruins into the Kama-ZONE theme park. Kama-ZONE is famous for having numerous mystical artifacts and even now, groups conducting investigations within the closed off areas of Kama-ZONE are seen from time to time. After the investigation groups disappear, the area goes under maintenance and becomes a new area for Kama-ZONE.

He may be a cold and infamous CEO of a mega corporation, but he's warm hearted towards Bari and Mayreel. He considers the two disciples he lovingly raised like his own children, but his love rarely gets reciprocated like all other parents. Mayreel is especially annoyed of Kamael's attention and it often causes him to get a bit mopey. Despite worrying about Bari and Mayreel, Kamael always sends his two disciples on far away journeys. Whether it's to restore the World Tree, or to hide his life as a corporate man, is unknown.